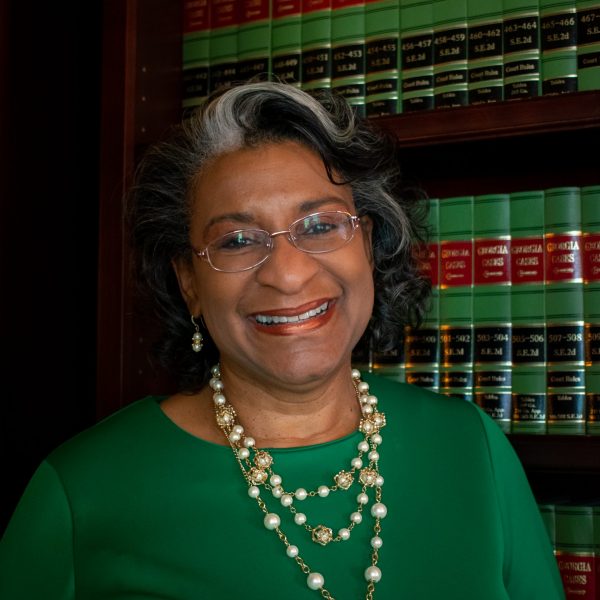 “To whom much is given, much is appreciated.”

Patrise Perkins-Hooker is an honors graduate of Georgia Tech and received her graduate degrees from Emory University Law and Business Schools. She was admitted to the Bar in 1984. She rejoined the firm after distinguished service as the County Attorney for Fulton County, Georgia. Prior to joining Fulton County she served as Vice President and General Counsel for Atlanta BeltLine, Inc. for six years. She is a former Partner with the law firm of Hollowell, Foster & Gepp, PC, where she was in charge of the Commercial Real Estate Group. She was a former Managing Partner of Johnson, Freeman & Perkins-Hooker. She also owned her own law firm for over 10 years. Perkins-Hooker  She has served the community in a variety of positions including serving as the Chair of the Atlanta Board of Zoning Adjustments and Chair of the Emory Business School Alumni Board. She has received numerous honors for her service to the legal profession and the community,  including being inducted in to the Gate City Bar Association’s Hall of Fame, being presented the Leah Ward Sears Service to the Profession Award by the Georgia Association of Black Women Attorneys, being presented an Honorary degree from the John Marshall Law School in Atlanta, being presented the Eleonore` Raoul Green Trailblazer Award from Emory University Law School and being presented the 2020 George A. Pindar Award for Lifetime Service to the Real Property Profession. She has also received the Phoenix Award from the Mayor of Atlanta

Johnson & Freeman, LLC makes this site available as a service to clients and friends. It is not intended to be a solicitation or to render legal advice. Some pages provide links to other information resources on the Internet. These sites are not endorsed or supported by Johnson & Freeman, LLC and the firm does not vouch for the accuracy of the information provided therein.